The 10 best action cameras which you must use

There is a wide variety of cameras available in the market. A camera suitable for every occasion. These cameras are all ranging from a mid-price to a more premium price. The recording of video are of the following types:

As of now, smartphones which are 4k recording enabled, so to compete with them even the photography and video cameras have taken their step towards adding features that could allow the professional action cameras steal the show. But in this post, we are going to talk about sports photography or action photography and a list of best action cameras that you can use. 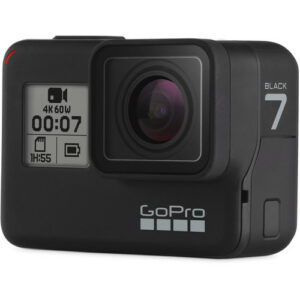 Almost every action camera enthusiast who had the common belief that the Hero 6 Black has no room for improvements. For them, it is killer revert from the GoPro. As the camera has a few features of being Hyper smooth in functionality and contemporary technology used to ensure in video stabilized imaging. Therefore making way for innovative probabilities. In a normal camera, the potential is to capture HD videos with 30fps (frame per second) the GoPro Hero7 shoot video of 4K quality at 60fps. Using gimbal on the GoPro furnishes a Hyper Smooth and silky smooth video recording.

Nevertheless, it gives rise to new probabilities which to be precise is the Time Lapse video feature. Coupled with it there is another advanced feature known as the Time Warp. As the GoPro is packed with a 2GB memory card. Hence allowing a user to get the hyper smooth handheld frame along a frame time-lapse recording. On top of that, the GoPro has a rich time-lapse feature being highly stabilized, the Hero7 black revamps the expanded range of dynamic, Super Photo and 10+ various voice commands. And many of the video bloggers and even the professionals consider it one of the best action cameras. 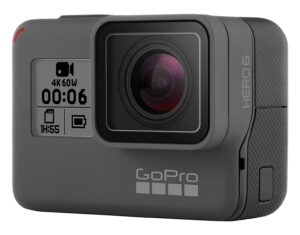 Why not go for the GoPro Hero6? Just because it is priced a bit high? Yes, it is priced slightly high but the 4k recording capability is really something a person may not be tempted to buy. The capability to record 60fps 4k video is remarkable. The sole reason for it being a remarkable action camera is the low light performance which advanced to the next level while overtaking the GoPro Hero 5 camera. The camera has an incredible image stabilization to reduce the camera shakes. And to be exact there is a whole lot more to add rather than just the video quality obviously the best. Apart from the best features the GoPro has got a voice activation command which is great when a user wants to go hands-free when all the hands are busy and can’t do much. It is when the voice command steps in. Also being waterproof is an added attribute to the action camera, which makes it even a more considerable action camera to go with.\r\n 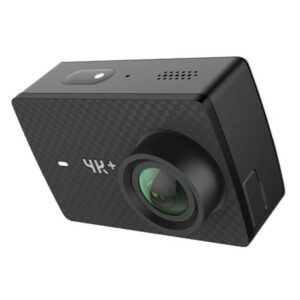 People who admire high-quality 4k recording make it a point to go with the GoPro but the only drawback it is a costly action camera. On the other hand, Yi 4K is a much cheaper action camera to go with. It is worth every penny spent on it. However, the results are much vibrant in color, smooth, highly detailed and the UI is snappy and convenient to use to makes it an overall good buying option which is affordable on the other hand as an added advantage. The camera may shortfall on features like resistance to water and absence of GPS functionality but the camera is way more than just an ordinary action camera. 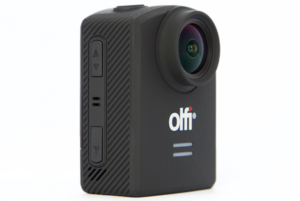 A compact action camera is here with features someone just can\’t say no to. An action camera small in size is believed not to do much in comparison with the others. The basic highlights of the product are that it has a time-lapse, motion detection and records in the loop. Recording in the loop means the camera keeps on recording and adding the new files on the older ones, where a person can simply go and select which one is the best shot. And that is just what an action camera is all about. For the size is slightly small and the falling short on battery life may be a bit of disappointment, but for the size and other features is what makes the camera even more preferable among the drivers and cyclists. 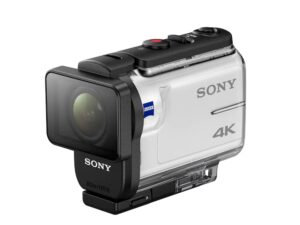 The center of attraction of the most recent attempt on action camera features the Live-view remote. It is, of course, a device that is wirelessly worn around the wrist and allows the wearer to administer the FDR-X3000 and take a look at the live feed from the Teslar lens from Zeiss. The wireless device strapped around the hand may not be of use to some individuals, but the FDR-X3000 takes the command of being high power packed action camera. In addition, there are a few more things which makes it even a better choice with respect to buying the best action camera. They may include such as stable hand shots, video stabilization in case of shaky hands shooting the video. Comes packed with waterproof housing which allows it to resist water up to 60m. Sony also makes the best actions cameras along with some of the best DSLR cameras in the market. 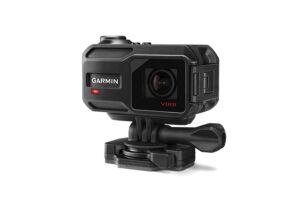 Here is an action camera which records video in full HD resolution. Also an added feature of it being waterproof up to 50m without needing a case. Hence making it less bulky. Capable of withstanding weather conditions where the temperature may see a drop of nearly -10C. It is not just rough it is an action camera that is intelligent too. The action camera actively measures the temperature and direction where speed can also be measured with the precise measurement mechanism with which it is constructed. Besides that a person if feels it needs some audio in the video, there is an option to get the microphone enabled with it along the Bluetooth functionality. 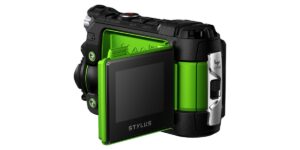 A rugged design action camera is here. Capable to record high-quality 4k videos, the Olympus Tough TG-Tracker is up to 30m waterproof. On the other hand, it can withstand a drop in temperature of up to -10c. Being rugged in design here means it is harmless if dropped from almost a height of nearly 6 feet and not being damaged until crushed by a weight of 100kgs. An action camera made for the ones that don’t fear to go out and capture on their Olympus Tough TG-Tracker how the world looks like when it is rough. Hence ability to cope up with the worst weather situations. Whether cold, hot or wet it can withstand all. Olympus Tough TG-Tracker for the ones who don’t care for what is waiting for them outside. 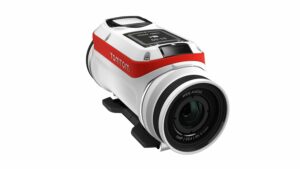 Being packed with the most preferred attributes being offered in a \’lite\’ version. A splash-proof cover for the lens. The ability to shoot 4k videos but at a 15fps and a potential of slow-motion video recording is enough for most users. The Bandit is, however, having features like accelerometer, pressure sensors, GPS and most taken into consideration by the smartphone application. Also having a \”Create Story\” is to extract the best of the best from the photo collection is incredible. An action camera having the ability to go 3 hours in a row is what most users of action camera get. That being said makes the Bandit a good action camera. The GoPro HERO5 records 4k at 30fps video. Has an identical weight of the GoPro HERO6 Black as mentioned earlier. It is a waterproof camera for up to 10m. Packed with rich features such as GPS and Voice commands. The incredible editing apps which help the GoPro Hero5 to stand apart from numerous another action camera. 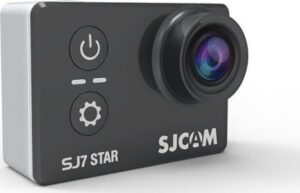 The SJCAM SJ7 Star with respect to looks is similar to a GoPro the SJ7 shoots 4k video and comes with a screen size of 2 inch which is sufficient to operate it. Image stabilization of the camera is simply one can fall in love with. It is an action camera with a simple design and is waterproof too. It also does have a remote wristband. The SJ7 successfully shoots extremely good quality videos and is a preferable action camera for those who just want a camera that can do what is expected.

Giving any camera a good to go is not such a bright idea. Especially when selecting the best action camera. The decision can be a mind-twister for anyone interested in quality and feature-rich action camera. The market irrespective of the features, some come at a premium price while some people fall for similar features with slight differences at a cheaper price. Yes, it is all available. The above options are the ones which have the potential to go a long way and has a price range right from high prices to affordable ones. It completely depends upon the question what camera are you looking for and what attributes should it have a hold on?

Some facts about photography.

Next Post
The best DSLR cameras in the market in 2020

Pixa Ocean is a website started by a small person named Robin Khokhar, with the

Why Pixa Ocean is Providing Free Images?
What is a Creative Commons License?
Ways to Improve Your Sports Photography
Travel Tips To Make You The World’s Smart Traveler

SCAN THIS QR CODE WITH YOUR PHONE

Go to mobile version
Site is using a trial version of the theme. Please enter your purchase code in theme settings to activate it or purchase this wordpress theme here